As Hillary’s work with The Dragons has deepened, it has taken her further into the world of The Elementals, opening her awareness to her powerful Shamanic gifts and special abilities with animals.

Over the course of just a few years, through her unique connection with animals, Hillary has become quickly known as the Wildlife Whisperer. Her work with domestic and wild animals now spans from the bunnies and birdies in her own backyard in the Southeastern US to the kangaroo and wombat joeys in the bush on the Southeastern coast of Australia.  If you have an animal – wild or otherwise – in need, contact Hillary.  She and her vibrational Team are ready and eager to assist!

Just some of the issues Hillary and her Team of Dragons and Elementals have tackled:

– Bringing health issues/concerns to Wholeness and Wellness
– Uncovering undiagnosed ailments
– Releasing trauma, stress and anxiety
– Creating behavioral and attitudinal shifts
– Resolving tensions with other animals in the home/stable/enclosure/pack/herd/mob, etc.
– Easing adjustment to a new environment
– Helping with end of life transition
– Finding/locating a lost animal
– Increasing overall vitality, inner calm/peace and happiness
– And assisting you in understanding your sacred partnering with your animal, to better understand your
journey together, its unfolding and its higher purpose

b) If still in the physical, where they are located – guiding them to their human or their human to their location

Click here to contact Hillary to book your session for your animal and for additional details, scheduling instructions and fees. Be sure to put Animal Connection and Communication in the subject box.

Hillary § The Dragons look forward to tuning in and making a Connection for you and your Animal’s Wholeness!

Hillary’s connection to her wild world at home

Hillary’s Wildlife Whispering across the world

Hillary, The Dragons and Elementals work with rescued and rehabilitated kangaroos in Austrailia:

I wanted to share something truly special with you. Via my Animal/Elemental work, I have recently had the privilege to connect with some Eastern Gray Kangaroo joeys via their rescue care takers Rae and Sayo of Wild2Free Inc. – Kangaroo Sanctuary – the wildlife rescue and rehabilitation organization located on the NSW South Coast within the Mogo State Forest of Australia. These precious and beautiful kangaroos are smart, funny, extremely sensitive, sweet, loving, adorable but, sadly, also very misunderstood and maligned in their home country.

Last evening, after an incident caused a mob of the younger joeys to spook and scatter, one of them didn’t return home. I was notified about the situation and I knew I had to help. I then called upon The Dragons, The Elementals and my extensive Celestial Team to assist me with locating the lost baby boy – whose name ‘just happens’ to be the same as my own precious Soul pup, best friend and partner in crime (the good kind) – my Sheltie Frankie. (My Frankie has just recently transitioned

? and so I also requested that he join the Celestial crew to help find his namesake and buddy in fur.)  This is Frankie the joey. ->

Here is what happened according to my friends at Wild2Free:

“wildtofree: Frankie went missing at 8pm last night. A foreign sound sent all the younger joeys bolting into the bush. Sayo was out until 4am looking for them. He found Brutus & Rufus, Venus returned on her own, and at the last minute he was able to locate Pluto. There was no sign of Frankie.

Hours were spent searching until Rae messaged @dragon_guardian_n_gifter who follows us on Instagram, and often postshilarious comments. She can communicate with animals. She messaged us soon after and gave a description of where he could be, and that he didn’t know how to get home. She said he was lying down in-between two trees next to some chain mesh fencing. We only have that type of fencing in one spot, and it’s a place he’d never been before.
Sayo headed straight up there, and lying there waiting to be found… was Frankie.

Hillary – we’re so very blown away with the incredible skills you have. Without you, it may have been too late by the time we finally located him. THANK YOU SO MUCH.

Honestly, I was just so honored and overcome with joy to have been able to contribute to finding little joey Frankie – and so relieved to discover that the information I received was indeed correct. This work can be tricky – particularly when emotions run high and a great deal is at stake (truly life and death stuff) – but the rewards are well worth it and it is such a privilege and a gift to be even a little part of what Wild to Free is setting out to do in making life better and a return to wildlife possible for such lovely and wonderful creatures!

If you are interested in learning more about how The Dragons and I can assist you and your animals – wild or domestic – contact me.

If you are interested in learning more about Eastern Gray Kangaroos and what you can do to assist in their care and efforts to thrive via sponsorship or contribution (or you just want to see some truly adorable joeys – visit their website: http://wild2free.org.au/

First a little backstory – Frankie had been rescued by WildtoFree and it had been determined he had not one but TWO broken feet. Not good for an animal who hops. Instead of doing what many would do, Rehab founders Rae and Sayo opted to bring him to their very talented vet who believed he could save the joey with surgery.

Prior to Frankie’s surgery, I asked if I could assist by working on his feet with The Dragons and my entire Celestial Team with The Dragon Frequencies. I was told we were knitting the bones together in such a manner to ensure proper and profound ‘healing’ and Frankie’s full return to Wholeness.

I have come to discover that once infused with these very high vibrational and pristine 16D Frequencies, one can become ‘strong like Dragon!’

?It, of course, also depends on the being and their receptivity. (And a knowledgeable, open-minded vet doesn’t hurt either!) However animals called Frankie, as I have learned, are just toughies!

Here is how Frankie was doing just a few days later:

wildtofree: Hi. My name is Frankie and this is the only “injury” I sustained went I went missing for 16 hours.

My broken feet healed in record time weeks ago and I didn’t hurt them again. I just refuse to get sick or die.

My poo and pee are perfect, even after all that stress, and I’m finishing all my bottles and loving being back home in the safety of my pouch getting lots of kisses

P.S. I love my @dragon_guardian_n_gifter

This is brought to you courtesy of Hillary Harris…

Eastern Grey Kangaroos are extremely emotional and sensitive. For example, no one else has been on the dog bed Maxi died on, even though there is a freshly clean blanket on it.

Ever since Daisy died from sudden trauma, Kanku, the leader of our released K-Mob, has been hanging around the house every day, instead of taking off into the bush in the morning with everyone else.

It’s been causing all kinds of problems, because he keeps coming into the joey pen. He doesn’t know his own strength and doesn’t understand that it has been hindering us quite a lot to have a huge male kangaroo getting in the way. He wasn’t staying home because he was sick, we were quite sure of that. I finally contacted Hillary Harris and asked her to communicate with Kanku about this problem.

Hillary replied soon after and told us that Kanku was hanging around to keep an eye on the little ones, because he feels responsible as the leader – he didn’t want any more to die “on his watch”. He was also picking up on Sayo being exhausted and not feeling well either – caring for all these sick joeys has taken its toll on us physically as well. Kanku spoke often about Daisy, which didn’t surprise us, as we knew he loved Daisy.

Kanku also told Hillary that the wild kangaroos in the bush had told him to keep an eye on the little ones, and had told him as the leader, he needs to keep watch to be sure the babies stay safe.

Hillary asked him instead, to go back into the bush at dawn like usual, and care for his older mob and keep them strong, to please let us care for the little ones. This all happened yesterday.

This morning when I got up, I looked out the window, and Kanku was at the house as usual, but… for the FIRST TIME in ages… he was GONE by the time I got outside to feed the O-Mob. There was no sign of him. As a result, we had a much easier feeding session, and most of the B-Mob (joey room babies) and the O-Mob (outside babies) all joined me for a morning hop and play time before the sun hit…. INCLUDING JUNO!

Thank you for helping us with the joeys Hillary. They’re all better off because of what you’re doing to support us.

Contact Hillary for more about how she, The Dragons and her Elemental Team can assist you and your precious animals. Be sure to put Animal Connection and Communication in the subject box.

With The ASCENSION 360º Newsletter: Hillary's New View to Empower You!
Stay tuned UP on the latest INformation and INsights!

Hillary truly enjoys offering this extraordinary content for free. Significant time and energy are invested in both its creation and presentation.

If this site and the wisdom, messages and INsights you find here have made a difference to you on your Ascension journey, your contribution will allow Hillary to continue to bring you this invaluable information at no cost.

Your support in sharing this transformational material with the planet is deeply appreciated!

More Resources For You

Click the image for Little Bits of Wisdom to Create BIG Prosperity! 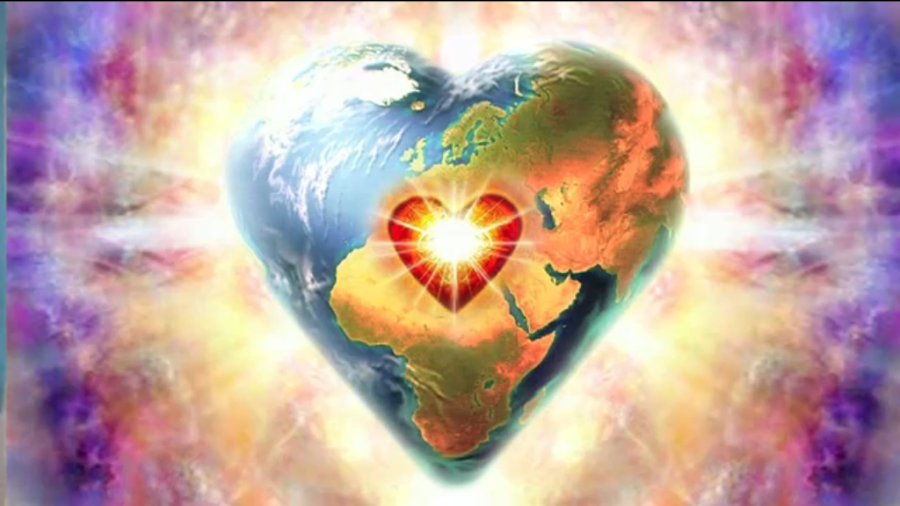 Click the HEART to receive Little bits of Wisdom to
Create BIG Prosperity!

Hillary truly enjoys offering this extraordinary content for free. Significant time and energy are invested in both its creation and presentation.

If this site and the wisdom, messages and INsights you find here have made a difference to you on your Ascension journey, your contribution will allow Hillary to continue to bring you this invaluable information at no cost.

Your support in sharing this transformational material with the planet is deeply appreciated!

With The ASCENSION 360º Newsletter: Hillary's New
View to Empower You! Stay tuned UP on the latest
INformation and INsights! (subscribe and scroll below to confirm)